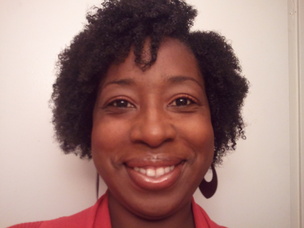 Stephanie Humphrey
Stephanie Humphrey is the owner of DPC. God began nudging Stephanie to begin this company in October 2007 after accolades received from a poem entitled, "More Than A Conqueror".  A sister friend of Stephanie's encouraged her to copyright this work and a light bulb went off in her head. Stephanie went back through her songs and poems (some have been lost through the years) to see if she had enough material to produce an initial work to launch her business. After much research, planning, family support and prayer, Determined Publishing Company was birthed on July 14, 2008.  On October 19, 2008, "My Words: My Songs and A Few Poems" was released by Stephanie as our first work.

Stephanie is truly passionate about producing original works. "The pride and accomplishment of a finished product, after much labor and sweat, is a sheer delight." She is a skilled writer, a creative artist and an excellent business woman. Stephanie is  determined that this company operate in love, wisdom and integrity. And while Determined Publishing was originally established to assist Christian authors in producing their original works, we are currently focused on exclusively publishing works by owner, Stephanie Humphrey.

Determination... "to push forward no matter what the obstacles, roadblocks or detours may be to attempt to deter the intended progress or purpose; absolute assurance of one's course and moving forward in"      -Stephanie Humphrey
©2022 Determined Publishing Company